On March 1, 2015 at Sebring International Raceway in Sebring, Florida, the Trans Am Road Race Series held its first event of 2015. The series, which started in 1966, is the longest running road race series in North America. Soon to celebrate its 50th anniversary, the series has gained in popularity and momentum (www.gotransam.com).

A series record of 72 cars raced at the historic Sebring International Raceway, which measures 3.74 miles in length with 17 turns, including parts of the original airport runways. For this race I drove the #4 StopFlex.com/Carcoach.com Corvette in the TA classification. Since many of the racers come from the north, this was a great start to the season and a chance escape the cold weather. Temperatures at this time of the year in mid-Florida should be in the high 70s to low 80s.Unfortunately, a cold northern blast brought rain for Thursday’s test day, resulting in few laps and really no good data for either Friday or Saturday. All weekend the skies threatened rain on and off, often frustrating us by just sprinkling. One of the early issues we had to contend with was that on Wednesday, track officials used tar to patch uneven pavement on a few of the corners. While the repairs were well intentioned, it was so cold on Wednesday that the tar never set. This resulted in a nasty mess under all of the Trans Am cars, including the SVRA historic race cars (www.svra.com) sharing the weekend. Once hot tires melted the tar, it was as if a bucket of driveway sealer had been thrown on everything under the bodywork and chassis. 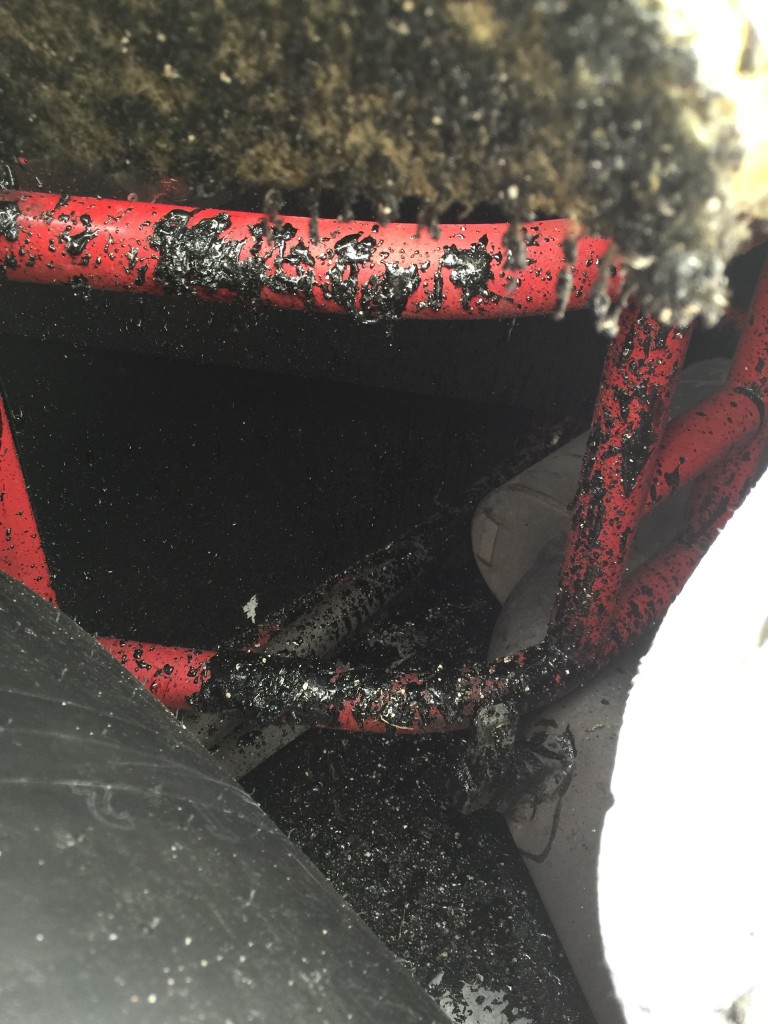 On Saturday evening, the weather turned bad quickly. High winds and 2 inches of rain took down quite a number of canopies and flooded the paddock, pits and some of the racetrack. Meanwhile, the SVRA was attempting to run their Enduro event, which had to be red-flagged.

For Sunday’s race it was 84 with high humidity; this unexpected change from the past three days made set-up critical. The track was hot and slippery and with a 72-car field, we knew the race was sure to create a lot of car-to-car contact.

I started in fourth position and was keeping pace with the leaders, waiting for my chance to take advantage of any circumstance that might befall them. Midway through the race, I worked the Corvette into second and started gaining on the leader with great anticipation of taking the lead. Unfortunately, I had a mechanical problem and lost second gear, which is crucial for a few tight corners. Now using third gear in the slow corners, I stared to lose a bit of time to the leader. As we went through another long yellow flag session to tend to damaged cars, I developed a new strategy for the last 15 minutes of the race. Upon seeing the checkered flag, I was satisfied that I had held onto third place, especially considering the large field of cars and a difficult race. Thank you to all who made this exciting weekend of racing possible, especially the Tony Ave Racing crew and our wonderful sponsors!

Visit my website and social media pages (listed below) for acomplete schedule, photos, and updates!