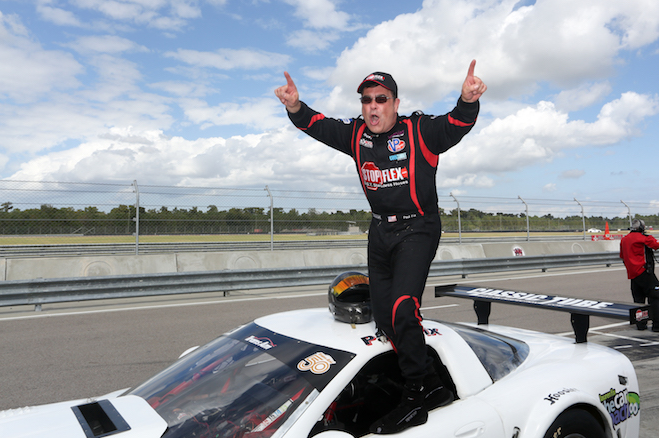 Paul Fix captured his fourth win of the 2016 Trans Am Championship with a flag-to-flag victory at NOLA Motorsports Park, Round 10 of the series’ 50th anniversary season. The win puts Fix just one point off of current points leader, and defending TA class champion, Amy Ruman, who finished second. In TA3, Randy Mueller secured the TA3 Championship despite finishing sixth in class, while Steve Streimer captured his second victory of the year in the class and Dave Ricci secured his first career win in TA3.

For Fix, in the No. 50 StopFlex/ TheCarCoach.com/ Chevron Techron, the victory sees the culmination of a second half surge through the points, now with just a single point separating him from Amy Ruman; combined with Cliff Ebben just nine points behind Fix, the TA class seems destined for one of its most dramatic finishes in recent memory.

“I’ve just been keeping my head down,” said Fix. “The guys have been putting together a great car. We had some setbacks early on in the year, some mechanicals and stuff like that and the guys have been spot-on the last few races. They’ve given me the opportunity to really concentrate on putting down consistent laps and focusing on wins, and that’s been the key.”

Fix began the race on pole and never relinquished the position, holding it through 34 laps and a single restart. Now with NOLA behind him, Fix’s focus is firmly set on the remaining two races.

“These last two races are nothing to take lightly, that’s for sure,” said Fix. “Amy and Cliff are both great drivers, and you can’t get ahead of yourself. You need to focus on what is, and concentrate harder than you’ve ever concentrated just to make sure those mechanicals don’t happen or anything else so we can finish off really strong and let it come to us.”

Ruman, in the No. 23 McNichols Company Chevrolet Corvette, started the race in third position behind Ebben, in the No. 36 Stumpf Ford/McMahon Group Ford Mustang, but quickly moved into second coming out of the first turn. Ebben, who entered the race tied with Ruman atop the points, would hold third until picking up a flat right front tire on the restart, forcing a pit stop. Ebben would finish 10th.

Ruman would hold second for the remainder of the race, never reeling Fix in, to secure her fifth podium of the year. Jim McAleese would join the two championship contenders on podium in third, his third top three finish of 2016. John Baucom would finish fourth and David Pintaric fifth.

Trans Am will hold another race yet today, with the TA2 class holding an independent 37-lap, 101.75-mile multi-class race of its own at 5:00 PM CT.

The TA, TA3 and TA4 will return to the track at Circuit of The Americas, Saturday, November 5th for the penultimate race of the 2016 Trans Am Championship.

All results provisional until posted final.

Read the rest of the article from racer.com here: TRANS AM: Fix wins at NOLA; Mueller secures TA3 title