(Article reprinted with permission from TransAm.com) 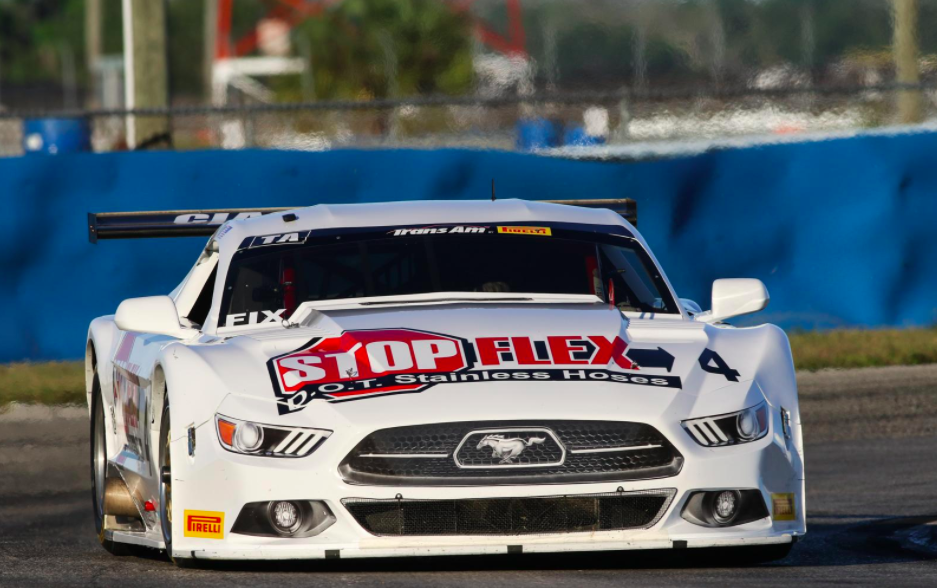 SEBRING, Fla.? [March 3, 2018] ??Paul Fix and Rafa Matos secured pole position for tomorrow?s pair of Trans Am Series presented by Pirelli competitions at Sebring International Raceway, the Series? opening round for the 2018 season.? Joining the two in setting fast laps for their classes were Tim Kezman and Andrew Aquilante in TA3 and TA4.

Fix, in the No. 4?StopFlex.com/CarCoachReports.com?Ford Mustang, captured his 14th career pole with a 2:01.644 lap around the iconic 3.74-mile course.? For his efforts Fix will start at the head of the multi-class TA, TA3 and TA4 competition, slated to run for 27 laps (100.98-miles) or 70 minutes, whichever comes first.? Sebring marks a return to the Series for Fix, a veteran of Trans Am who made his debut in 2002, amassing 65 starts, 11 wins and 21 podiums over the course of his career.

?The competition is going to be tough,? said Fix.? ?There are a couple of cars that are really fast, but pole position means a lot as well?getting out there in front.? Sebring is such a fast racetrack; so hopefully, before I run into traffic, we?ll be able to do what we need to stay out front.? I?m looking for a great race.?

To stay in front Fix will need to keep at bay a talented TA class top five, led by defending TA class champion Ernie Francis, Jr., in the No. 98 Frameless Shower Doors Ford Mustang.? Francis qualified behind Fix by seven hundredths of a second turning a 2:01.714 to Fix?s 2:01.644.? Francis, a native of Florida, led much of the Sebring race in 2016 before suffering a part failure in the final stages.

TA class newcomer Lawrence Loshak, in the No. 2 Pennzoil/ ETE Reman/ GoShare Chevrolet Camaro, was third quick with a time of 2:02.041?on his second and final lap of the session.? Last year?s Sebring winner Cliff Ebben, in the No. 36 Stumpf Ford/McMahon Group Ford Mustang, and Chris Dyson, in the No. 20 CD Racing Ford Mustang, completed the TA class top five with laps of 2:03.220 and 2:03.807, respectively.

Read the rest of the article here.