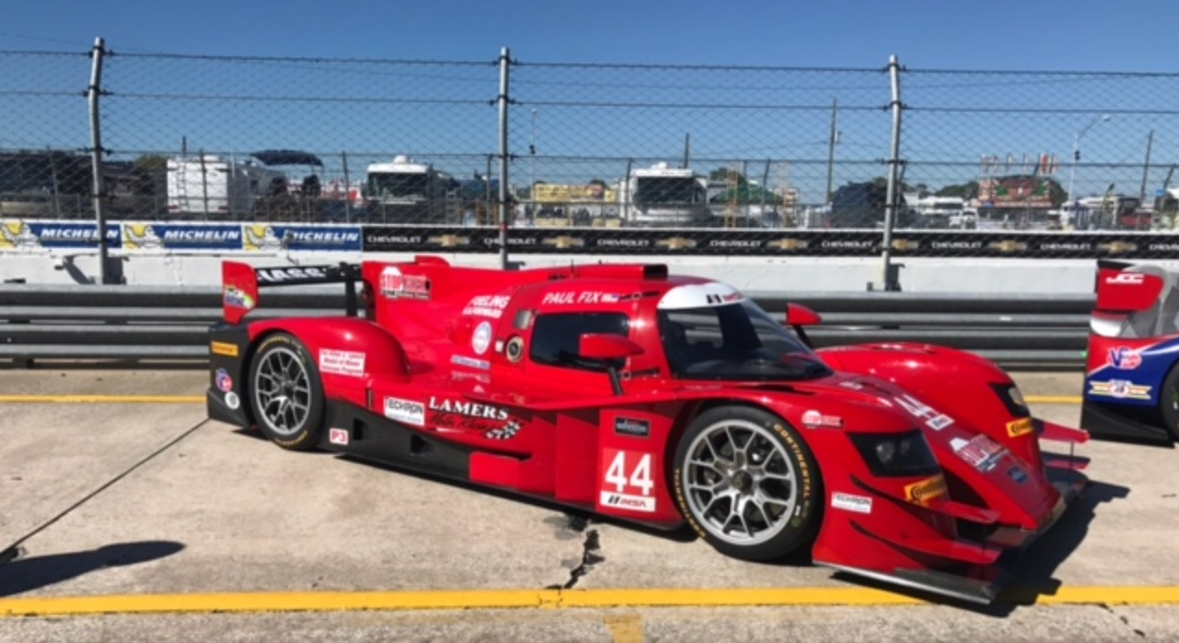 When this area’s sports car racing fans converge on Watkins Glen International for this weekend’s Sahlen’s Six Hours of The Glen event they’ll have a local interest to root for in Williamsville’s Paul Fix.

Fix, a sports car racing veteran who drives the Ave Motorsports Inc. No. 44 Ave-Riley AR2 LMP3, will compete in the? IMSA Prototype Challenge presented by Mazda division. The class will host a pair of 45-minute sprint races, the first at 2:25 p.m. Friday and the second at 9:20 Saturday morning.

Fix and team owner Tony Ave come to IMSA this season after capping off a strong career in the Trans-Am Series, where the pair authored many victories and nearly won the last two Trans-Am championships. With being close with no cigar as far as the Trans-Am championship is concerned, one might think that the Ave team would stick with Trans-Am to take care of that unfinished business. That is not the case.

Fix, 52,?has been racing sports cars since 1992 and turned professional when he joined the Trans-Am Series in 2000. He is married to nationally recognized automotive journalist and sports car racer Lauren Fix.

Returning to Trans-Am might have been the case for 2017?until arose a worldwide development opportunity with IMSA’s Prototype Challenge class that the Ave?team could not resist.

“Tony decided to start building the Ave-Riley LMP3 car,” Fix said. “Tony’s a partner with Riley Technologies, a very well-known sports car winner with many championships and wins. Riley started down this road to homologate and be one of the only six constructors worldwide to be able to build the LMP3 category car for world competition. So the other five constructors are from Europe. We’re the only U.S. constructor and right now he has only built I think a half dozen or so and I’m in the works car. I was up for a new challenge and to prove myself in another format. I’ve proven myself in Trans-Am. But this opportunity to be involved in a new worldwide formula for endurance racing in ELMS and IMSA competition is a once-in-a-lifetime deal.”

Fix had a brilliant career in Trans-Am. In the later years, he and Ave found much success. In 2014, the team participated in just three Trans-Am events but won two.

“Tony had and still has a lot of faith in me,” Fix said. “I give him everything that I can. He keeps giving me more and more opportunities and he has great equipment and great cars.”

The team became full-time in Trans-Am in 2015 and won three races. Fix trailed Amy Ruman by a mere 25 points going into the season finale at Daytona.?Gremlins led to a seventh place finish as Ruman took the title.

“We put all our effort into that season and I was leading the second last race of that season at COTA by six seconds when the transmission broke,” Fix said. “If I’d won that race more than likely I would have had the championship wrapped up by Daytona.?The racing gods didn’t smile on me.”

In 2016, Fix took five Trans-Am checkered flags. He led Ruman by nine markers heading to the finale at Daytona. Things looked positive as Fix grabbed the pole. Things changed on lap 10 of 29 when Fix ran into problems that would spell doom, including tire issues?and subsequent oil pump belt woes that saw Ruman again grab the title by nine points.

Fix has run The Glen in Trans-Am twice in the last few seasons, both in 2013 and last season, when the series returned there after a brief absence.

In 2013 Fix was leading the Trans-Am affair at The Glen when transmission woes took him out of contention.

“I was given an exciting opportunity to drive for Tony Ave Motorsports out of Charlotte,” Fix said. “That particular event at Watkins Glen I had lost both second and third gear. I ended up finishing second with just fourth and fifth gear. Knowing the track as well as I have at the time, 20 some years, it served me well?to at least get on the podium that day.”

Fix grabbed the pole for the May 2016 Classic Tube 100 at Watkins Glen but again bad racing fate in the form of contact and resulting engine issues?saw Fix place 14th.

After qualifying on the pole?Fix elected to change all four tires for the race, which meant by rule he had to start at the back of the grid.

“It was the first actual sanctioned race on the new pavement at Watkins Glen last year,” Fix said. “The new pavement was so smooth and so grippy that I had made a mistake after I secured the pole. It required us to change two tires so I figured I might as well change four. We had some contact in the race with slower cars in the back of the field trying to make my way forward and unfortunately ended our day early.”

“Actually I was introduced to sports car racing though my wife Lauren,” Fix said. “She had been teaching driving schools for Porsche and the BMW clubs and so I started to do that with her, then we?went into instructing and then Lauren and I started our own business called Driving Ambitions and we ran track instruction basically at Watkins Glen multiple times a year until I went professional.

“Trans-Am in particular was the place I wanted to go, being that I loved the history of the Trans-Am and those types of cars – the Mustangs, Corvettes, Camaros and other sports cars. I was very determined to make that happen. In 2000 I sold a few of our vintage race cars in order to start to participate in Trans-Am.

“Lauren is my biggest supporter and she does everything for me that you could ever imagine. Watkins Glen is and always will be our?home track and favorite track.”

Read the original article at The Buffalo News

(Article reprinted with permission from BuffaloNews.com)